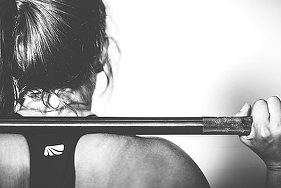 I grew up a fighter. At a time when women were belittled– not taken seriously while harassed for wanting to break out of the “norm” set for us by men– I decided not to just accept that, but to push past it. I have dealt with that issue head-on for many years now. From a grandpa who refused to call me by my given name because it was a “boys name”, to being treated as an emotional idiot, I have learned how to stand my ground and not ever just take what someone has dished out.

I’ve fought for jobs that “girls aren’t hired for”, and won. The pizza place that refused to hire me to work in the kitchen because “girls only work as cashiers and hostesses”– I worked in the kitchen. The Air Force recruiter who thought I should enlist to be a cook– I became a plumber. The plumbing shop owner who laughed at this female Veteran AirForce  plumber– because “girls don’t get hired as plumbers”– I was hired by someone to help with their in-house plumbing problems. (Nevermind that I had mostly worked on Japanese plumbing, and as a side-effort, I tried to help my aunt in her older house. Let’s just say, I screwed that up REALLY bad! That’s one of my biggest regrets.)

I drove heavy machinery in Korea when women still didn’t drive there. I drove a Humvee in the middle-east where women aren’t allowed to drive.

When I am backed into a corner and told I can’t do something just because I’m a girl– watch me do just that.

I don’t deal with that so much anymore, as a military spouse and stay at home mom. 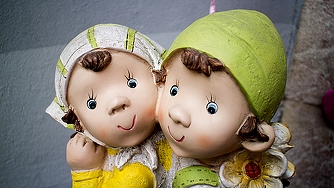 Now, I’m dealing with a new kind of thing– I’m now the teen girlfriend’s mom. Oh yes. So far her boyfriend has referred to me as not knowing what I’m talking about, and childish. This 18 year old boy that I am allowing my 16 year old daughter to date– with getting-stricter monitoring.

He has some nerve! I am struggling to not take my “childish” attitude and sever his relationship with my daughter!

How do I get it across to my daughter that how he treats me and his own mother will be how he treats her, once they move past all the hormonal ushy-gushy crap?

I am angry that he has the nerve to say things like that about me.

I am concerned that he does not have a relationship with Jesus at all. I want to put a stop to them dating, but at the same time, she is not going to learn important life lessons if I do that.

So, the fighter in me has taken to prayer and sobering interaction.

I am accountable to God for my daughter. I will not take that lightly, but I’m not going to give into the temptation to “fight” with her boyfriend. I’m gonna let God fight that battle for me.

Love is The Sacred Journey