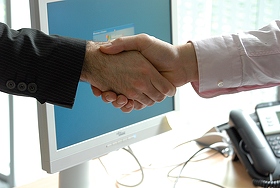 My husband and I got into an argument earlier today, about politics. We agree on some points, and are polar opposites on others. It’s not the disagreeing that is the argument for me, though, because we could easily be having a discussion and disagree. It’s his reactions to me, the person behind what he disagrees with. Males in the past often treated me like I was less than them, rarely as an equal– as though I were validated by their approval of me. Usually my husband doesn’t come across that way, but lately when he disagrees with me it feels as though he does. It may just be my perception, not the reality. But, nevertheless, it stings a lot.

Maybe it’s different for men than it is for women, maybe they can separate the personal from the words. Perhaps it’s just the way I am built. I believe strongly in certain things, and I research things a lot, and sometimes I don’t research enough or remember specifics well.

I asked him to tell me he doesn’t think I’m stupid, because that matters to me. I don’t care what anyone else thinks, but he matters. He told me he doesn’t think that. The problem is he argues to conquer and win, and then I feel attacked and our voices raise with jabs and offense– I hate it. I wish we could discuss without it turning into some battle of words and opinion. I wish we could communicate our different perspectives in a healthy exchange where we both feel valued and heard.

We both need to level up our communication skills. We should be aware of how what we say affects the other, as well as how we say it and how they receive it– not always the same things.

Thinking about Scripture, where the Bible instructs wives to respect their husbands, and husbands to love their wives as Christ Loves the Church, I don’t see us treating Jesus that way. One step further– I don’t see Christ treating us the way we treat one another. I can’t imagine Jesus raising His voice or belittling my opinions or beliefs. I don’t see Jesus yelling at my husband the way I did earlier.

At some point our humanity has to submit itself to God in order to match God’s Word picture through Scripture– or we fail at demonstrating the Lord Jesus in and through our marriage.

What if your pain, actually is your strength?